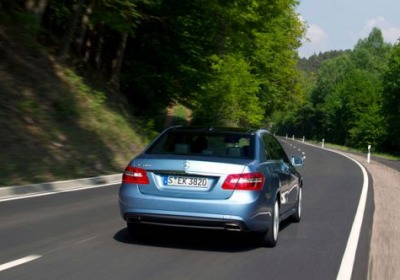 After an argument with his adoptive parents that resulted in them taking away his mobile phone, an angry 13-year-old boy ran away from his home in Italy and headed straight to Poland to meet his biological sister. But instead of taking the train or hitching a ride, like most on the run, the young man (an accomplished go-kart racer and car enthusiast) grabbed the keys to his father's Mercedes-Benz and jumped behind the wheel for an impromptu road trip.

With less than 200 euros (about $270) in his wallet and a passport in his pocket, the youngster managed to put more than 500 miles between himself and his distraught parents, crossing two international borders in the process, before German police nabbed him just shy of the Polish border. According to reports, the vehicle was tracked – it wasn't his driving that alerted authorities to his location.

Reunited with his mother and father, who traveled to Germany to retrieve both their son and the vehicle, the young man apologized and acknowledged his error. As a result of his actions, social workers will increase checks on the family and we can be sure his parents are now hiding the keys.