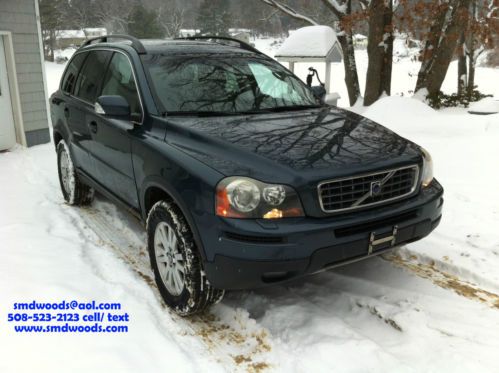 Two days ago, Volvo opened the order books on its completely new 2015 XC90 crossover, and just like that, all of the 1,927 First Edition models were reserved in a scant 47 hours. According to Volvo, most of the vehicles were reserved within one hour of the online ordering site launching, and at its peak, seven cars were being sold each minute.
First Edition models wear a unique Onyx Black exterior, and ride on eight-spoke, 21-inch wheels. Inside, amber nappa leather covers the seats, the dashboard is lined in charcoal leather, and there are walnut inlays throughout the cabin.
Under the hood, the XC90 First Edition can be had with either a four-cylinder Drive-E gasoline or diesel engine (if you live in markets outside the US, of course). The twin-charged T6 petrol model comes with 320 horsepower, and sends its power to the ground via all-wheel drive.

It seems that every news report that involves the name "Opel" is eventually followed by a report that says, "Uh, never mind." Executives fill positions, then they're gone, or they're supposed to fill positions but duck out before doing so, five-year product offensives turn into grabbing for life preservers, and turnaround plans are followed by... new turnaround plans. With the recent departure of Opel CEO Karl-Friedrich Stracke, Swedish newspaper Dagens Industri reported that Volvo CEO Stefan Jacoby topped the list of candidates to sit in Opel's very hot seat.
Volvo spokesman Stefan Elfstrom has piped up to say "Mr. Jacoby is fully occupied with running Volvo and has no plan for leaving his present job." Stranger things have happened, though, and who knows what the truth is, but we have to admit we'd be surprised if Jacoby jumped off the Volvo express - recently given an $11-billion boost by parent company Geely - to take his chances in the Opel maelstrom.
So Opel's search for a CEO continues. At least we have the Adam to look forward to.