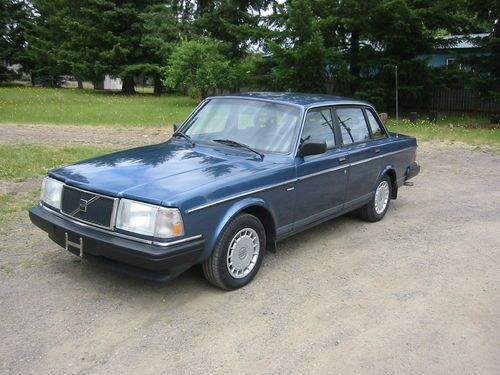 Volvo's Polestar sub-brand has made the transition nicely from being the company's racing arm to building some seriously cool, Swedish cars. Now that it has a few models under its belt, it plans to grow larger and greener. The next-generation of Polestar-tuned vehicles are rumored to include high-performance hybrid and diesel powertrains.
While it still doesn't have the brand recognition of BMW M or Mercedes-Benz AMG, Polestar is on the growth path. It's representatives recently told Autoblog that its latest, tuned S60 and V60 models "mark the start of an extended production car model range." In addition to that expansion, Volvo has given its performance division a greater responsibility for engineering future vehicles, according to Autocar. It even helped develop the new Drive-E engine, which we quite liked when we took it for a spin in an S60.
Polestar's boss hinted at a hybrid model to Autocar, a move that seems obvious once you think about it. The Drive-E engine was designed from the beginning to accept hybrid layouts. The division's plan is to put and electric motor on the rear axle to both increase torque off the line and provide all-wheel drive. As Drive-E also offers diesel variants, that is in the cards as well for the future, but the company didn't go into much detail. Polestar appears to be the upcoming shooting star of the performance car world.

Just because the penetration of the American automotive market by Chinese brands hasn't quite happened yet doesn't mean that Chinese-built cars are far off. According to a new report, we could very soon see long-wheelbase Volvo S60s that were assembled in the People's Republic arriving on US shores.
The report comes from Automotive News China, which cites an anonymous Volvo exec. An official Volvo spokesperson later corroborated ANC's report, although where the original source claimed that we could see the Chinese-built S60L in US dealers at some point in 2015, the company line was that a timeline hadn't been established to begin exports from the world's most populous nation.
According to Volvo, the benefit to exporting from China to the United States rather than from Sweden is the relationship between the US dollar and the Chinese yuan. Overall, it's a less tumultuous issue than the dollar-to-euro situation. By moving vehicles from China to the US, the Chinese-owned company is limiting the degree of risk it's taking with sudden currency swings.