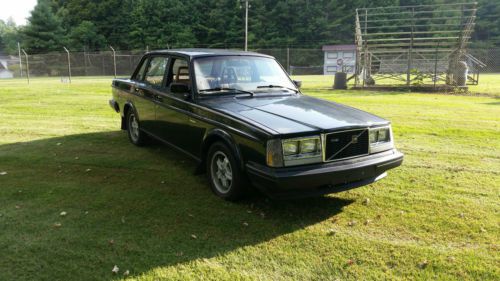 Volvo is getting serious about emerging from the fringes and into the mainstream of the luxury automobile market. But if it's going to challenge the Germans, it's going to need a performance line. And that's just what it's developing with Polestar.
Building on the motorsport partnership that has seen Polestar represent Volvo in the Scandinavian Touring Car Championship, World Touring Car Championship and V8 Supercars series, Polestar has been charged with developing road-going performance Volvos as well. It currently offers comprehensively tuned versions of the S60 and V60, as well as engine upgrades for other models, but the latest word has it that Polestar will turn its attention next to tuning Volvo crossovers like the XC60 and the new XC90, pictured above in top-spec R-Design trim.
Details on how Volvo would modify those models remain to be determined, but it wouldn't be much of a stretch to imagine the XC60 outfitted with similar enhancements to those offered on its sedan and wagon stablemates to mount a challenge to the Audi SQ5. As for the larger XC90, it seems Volvo is already squeezing as much out of its new 2.0-liter triple-charged inline-four as it can, but more aggressive handling, aero and brakes could stand to transform the flagship crossover in pursuit of performance utes like the Mercedes ML63 AMG and BMW X5 M, even if it couldn't quite match their impressive horsepower outputs.