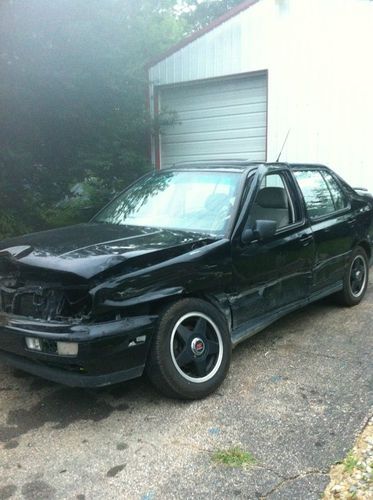 Condition: UsedA vehicle is considered used if it has been registered and issued a title. Used vehicles have had at least one previous owner. The condition of the exterior, interior and engine can vary depending on the vehicle's history. See the seller's listing for full details and description of any imperfections.Seller Notes:"This vehicle has recently been totaled being T-boned by a van. The whole front end is completely shot. The motor and transmission however survived the accident. I'm willing to sell parts individually. Tires are only a month old, newer alternator, coil and mass air flow sensor. If you have any questions please ask. 2605718355"

This vehicle has recently been totaled being T-boned by a van. The whole front end is completely shot. The motor and transmission however survived the accident. I'm willing to sell parts individually. Tires are only a month old, newer alternator, coil and mass air flow sensor. If you have any questions please ask. 2605718355