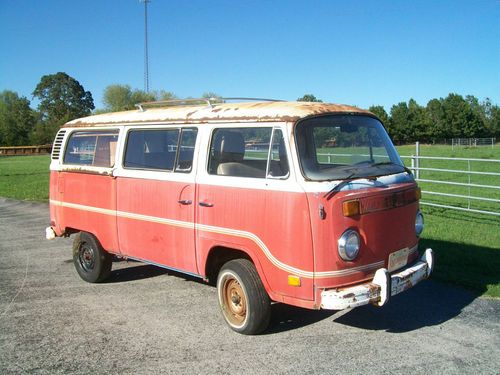 Selling this 1973 Volkswagen Bus.  Bus has a 3 rib transmission but no engine (lots of engine parts included in cargo area).  It is a decent project, it wouldn't take much to put it on the road. Or use it for parts.  Overall fairly solid bus, rust is limited to a few small holes in the floors, battery tray and a small hole on the driverside rocker.  All glass is intact, has a nice front seat.  Mostly complete, minus engine, gas tank and rear seats.  See pictures, email with any questions.  Can send more pictures if needed.

Has clear Arkansas title.
Vehicle must be picked up within 30 days of auction end.  I live right next to I-44, easy access for shipping companies and auto transports.