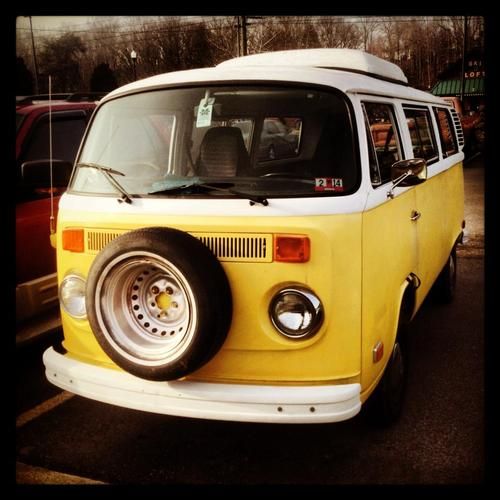 1974 VW bus. It IS a standard (four speed). This bus is in great condition, I drive it everyday myself. It has a pop up camper top. There are no back seats, I bought it this way from the guy who sold it to me. The paint color is white on top and yellow on bottom. Since I bought this bus 2 years ago, we have installed a new engine, torsion bar, and new window. This bus gets about 23 mpg highway. Including the original engine in a box in case buyer wants to rebuild it. Selling as is. The miles that have been put on the rebuilt engine are only 3,900, but total is 61,616.