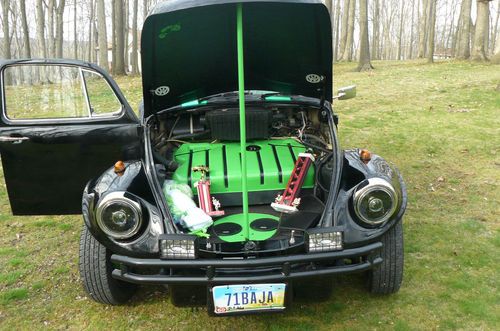 Vehicle is in excellent condition. Is kept inside a smoke free garage.

Was purchased in Virginia Beach, Virginia in 2006. Was hauled to Ohio. Mileage on title when purchased was 926 and currently has 3902.

Runs great and I do drive it to an occasional show. (Entered in two shows: Winning both times: Won fan favorite in 2008, Won first place motified in 2012).

It doesn't leak, it just marks it's territory! :-) Very minor oil leak. May need cooler tubes replaced. I have a brand new set ready to be installed.

Interior in excellent condition (no tears) and very padded/comfortable. One small brown stain on passengers seat.