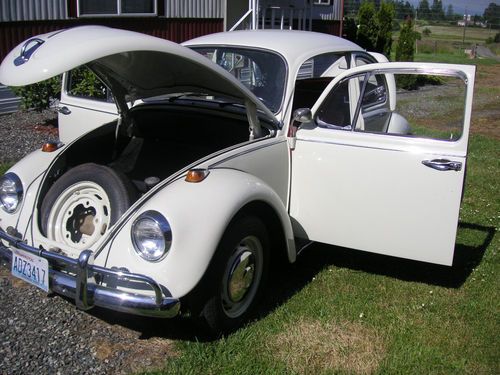 This is a 1967 VW Beetle, first year of the 12 volt electrical system. This VW has been restored and is in fantastic operating condition. The car was restored in the late 80'S and has a new rebuilt engine, which was done by a well known mechanic in the ares. I have all of the records of this build. The VW has been garaged since  and has about 2000 miles on it. This VW is CLEAN and well worth the value.  Has a couple of paint chips but no dents. Nada shows a $19000.00 value but I am asking far less. Interested, call Jerry 1-360-460-9556