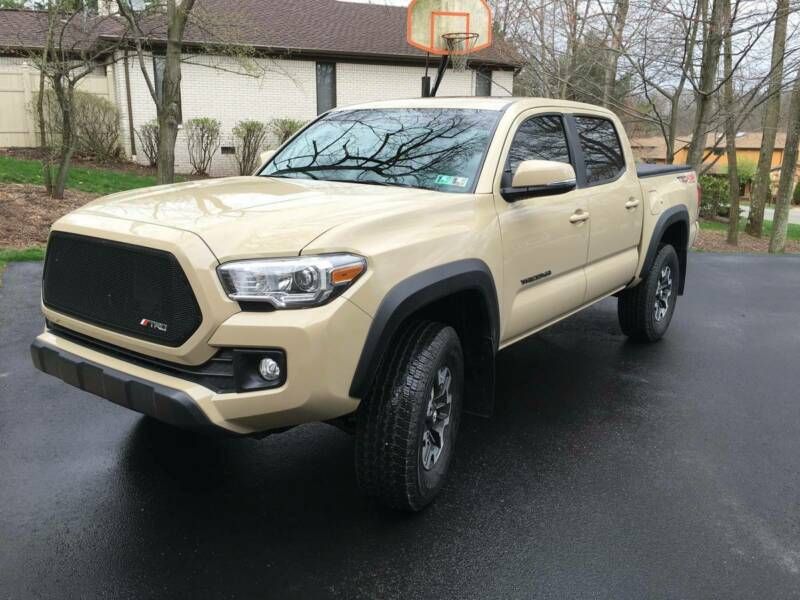 I am selling my 2016 Toyota Tacoma TRD Off-Road 4x4 with approximately 48,000 miles on the odometer (it is not my
daily driver) I have clean title in hand. I purchased the truck new in
March 2016 and have gotten all recommended maintenance completed at Toyota of Greensburg. It is fully loaded, it
has the Premium and Technology Package with JBL Audio, tow package, tinted rear windows with tinted shade strip on
windshield, matte black exhaust tip, clear bra film protection on front of truck (installed professionally .