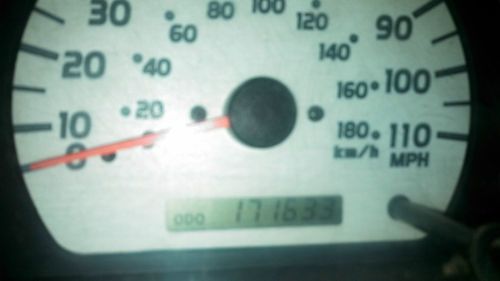 Condition: UsedA vehicle is considered used if it has been registered and issued a title. Used vehicles have had at least one previous owner. The condition of the exterior, interior and engine can vary depending on the vehicle's history. See the seller's listing for full details and description of any imperfections.Seller Notes:"No major defects. There are no missing parts, normal wear and tear. runs and drives great. 4wd, 5 speed, manual door locks and windows, 171,000 miles. Feel free to call me with any questions. 423-519-5988"

Vehicle is in great condition. Runs and drives smooth. Dent noted to passenger side under extra cab window.  A few other small dents and dings noted to the body, normal wear and tear. No mechanical problems, oil changed very regular. smoke free vehicle. payment accepted through paypal only. Buyer is responsible for shipping cost. Please feel free to call with any questions 423-519-5988