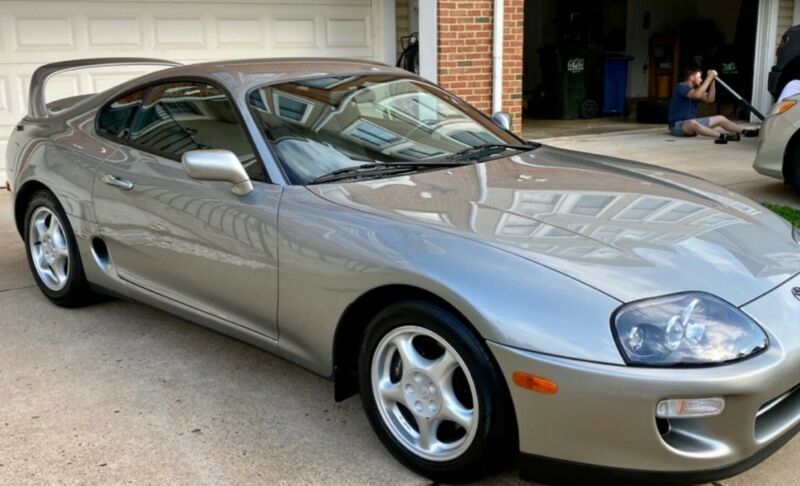 This 1998 Toyota Supra is an original.
Talk about a piece of automotive history. 1998, Quicksilver, Hardtop, all original, one owner for 20 years. Lived almost
its entire life in California. The pictures pretty much speak for themselves.
Just went through full paint correction and ceramic coat). Serviced at the Toyota dealer. This car is a
time capsule, all original manuals come with car as pictured. Keyless entry still works! The car has less than
normal wear for the year and mileage.