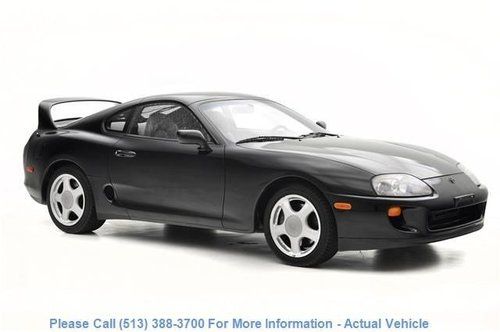 That's right you are looking at a 1993 Toyota Supra Turbo. This is the vehicle that you have dreamed about, told your family that you wanted to own and always said if you found the right one you would make it happen...TIME TO MAKE IT HAPPEN !!! Black/tan, full leather, non modified Toyota Supra Turbo, you will not find a Turbo this clean with no issues and the low miles. Clean Carfax and no accidents, non smoker and looking for the person that will appreciate the vehicle for what it is. If you are wanting to make your dream a reality call Beechmont Audi today to schedule a time to see this rare beauty.

These photos are of the actual vehicle!