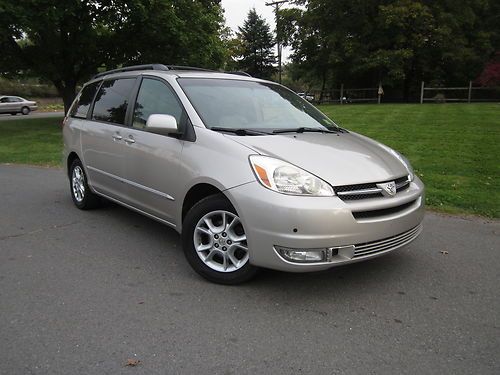 Condition: UsedA vehicle is considered used if it has been registered and issued a title. Used vehicles have had at least one previous owner. The condition of the exterior, interior and engine can vary depending on the vehicle's history. See the seller's listing for full details and description of any imperfections.Seller Notes:"75,000 original miles! This van runs and drives like new. It is very clean considering the age of the van. I Would give this van a 7/10 condition wise. 1 being the worst, 10 being new. Definately a nice van with nothing out of the ordinary wear and tear wise for a 2005. Its defects are peeling paint on the wheelsm a few sratches and cuts on the rear bumper cover. please see photos. The paint is in good codition and free of dents and scratches. The drivers door looks like it may have had paintwork done at one point. The interior is in good shape free of rips tears and burns as it was a non-smoker vehicle. The van is very nice and shows well. Just being as descriptive as i can on the condition, no suprises."