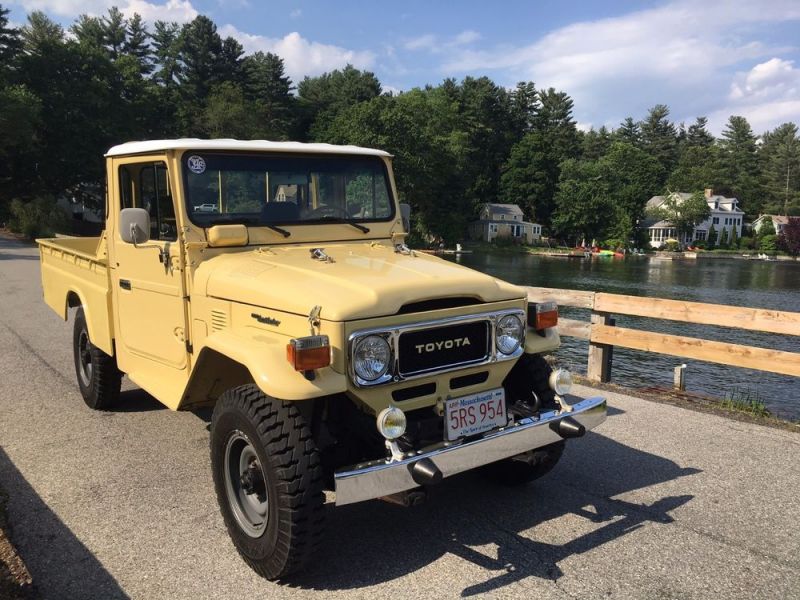 Feel free to ask me any questions about the car : ozella_tann@zoho.eu .

The car was in excellent shape overall.
This particular FJ45 also excited me as its the only one I have ever seen with the rear jack gear on the end of the bed to lower the spare.
The car received a complete cosmetic and mechanical restoration with Toyota OEM NOS parts sourced from all over the world.