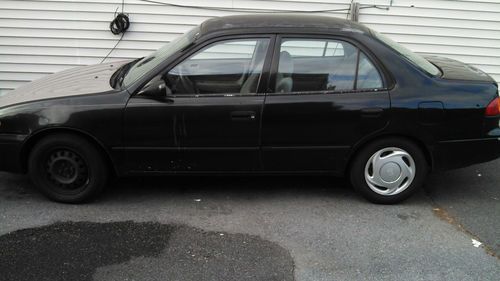 This Vehicle runs Great, Very smooth Transmission, the life on the tire are around 90% almost brand new. It has a cassette player, The air conditioner works  as well as the heater.

The hood its a replacement hood since the previous one was all dented. The body does not have any rust but it does have scratched and in the front bumper it has to dents and holes as you can see in the picture. The clear lacquer is pealing of the roof. This car mechanically is great, runs very smoothly, the only thing it will need body work. It's sold as is.

Note: If you are from out of a State Buyer you need to bring 175 for the Temporary Tag