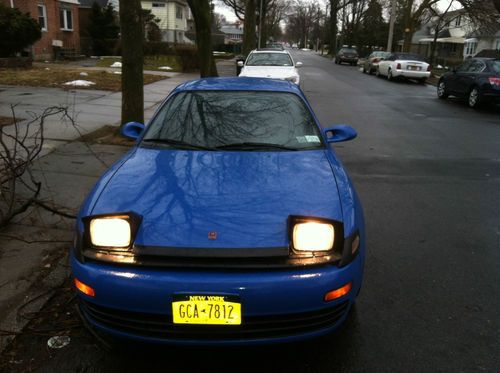 The car runs and drives great, the manual transmission is in great shape and shifts beautifully in all gears, there are some cosmetic issues with the car but nothing that can't be fixed easily by someone that is into this car. The interiror is in pretty good shape besides tears in the drivers seat , the sunroof works and does not leak, as well as the hatch. I recently did the brakes all around pads and rotors, tuned it up, plugs and wires, changed almost every coolant hose, thermostat, fan motor, both fan sensons, the oil sensor, new battery, newer tires, and many other misc. parts. I bought this car to be my every day driver and it has done that exact job for me but now i have upgraded to a 92 Toyota Celica All Trac which is the reason that I am now selling this one. If you have any questions don't hesitate to ask me, I really need this car gone because i have no more space around my house to store it. Thanks-Tom.