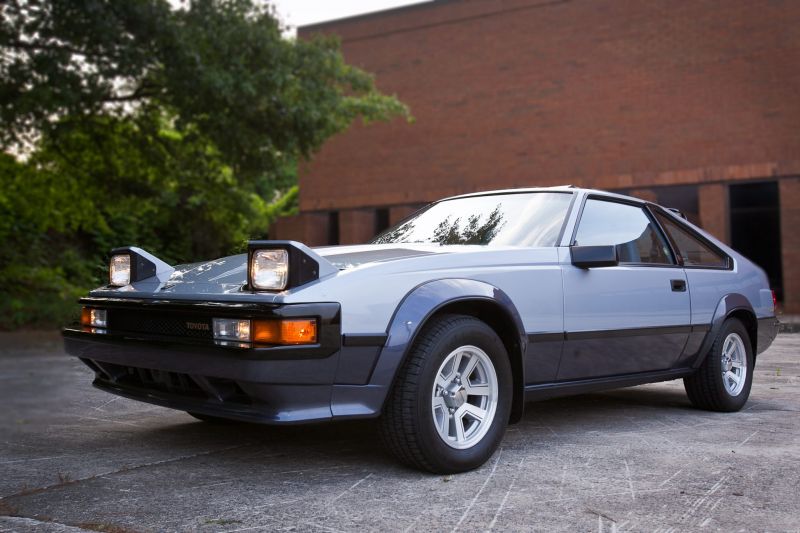 My eMail : CreassyPac@usa.com Up for sale 1984 Toyota Celica Supra was delivered new to Toyota Town of Stockton, California and relocating to Georgia. The car is finished in two-tone metallic blue over blue cloth and is powered by a 2.8-liter inline-six paired
with a five-speed manual transmission and a limited-slip differential. Additional equipment includes a sunroof, a rear spoiler, automatic climate control, a factory AM FM cassette stereo with an equalizer, fog lights, and 14" alloy wheels. Work performed included the replacing of the water pump, fuel pump, drive belts, valve cover gaskets, spark
plugs, and seals.