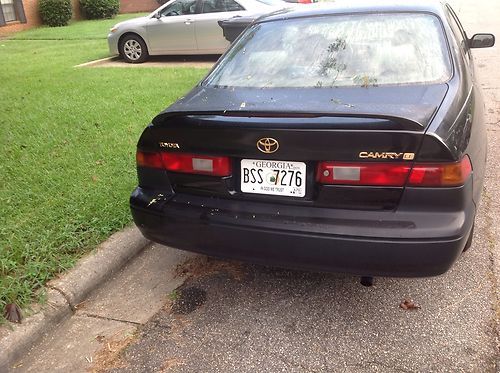 Condition: UsedA vehicle is considered used if it has been registered and issued a title. Used vehicles have had at least one previous owner. The condition of the exterior, interior and engine can vary depending on the vehicle's history. See the seller's listing for full details and description of any imperfections.Seller Notes:"It runs great ,the tires are almost new,interior leather seats,shining black exterior,it has alloy reams wheel,124,000 mileage,very good on gas....the driver seat leather is a little old,one can buy leather cover on it all other seat are like new."

This car runs very good, it has no mechanical problems,I actually use it mostly while traveling to Atlanta from Leesburg GA,3.5 hours driving- highway mileage on it, because it is safer on gas, I just want to sale it because I bought a newer Camry, overall the use of this Camry made me fall in love with Toyota Camry cars...whoever bought it should consider himself or herself lucky.