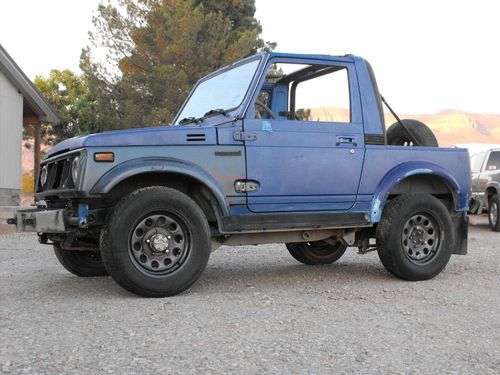 For sale is a very nice 1987 Suzuki Samurai 4x4, the body is in excellent condition with no rust or major dints anywhere. The drive train is complete and intact with the motor and transfer case, and only needs a transmission. The running condition of the motor is unknown. This would be a great Samurai to use for a project build or for parts. No title will be issued only a clear New Mexico bill of sale. If you have any questions please feel free to ask and I will get back to you as soon as possible.