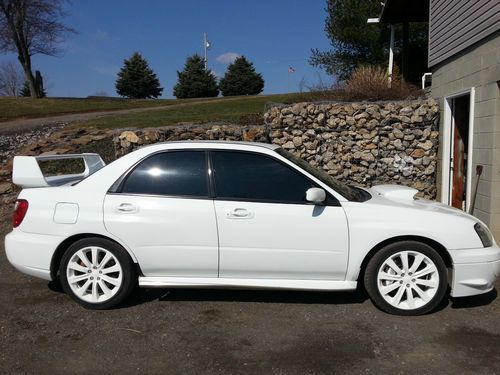 I' am selling my 2004 Subaru wrx sti that I've owned for three years, runs very strong. I have a hks blow off valve, hks performance pipe, and k&n cold air intake. K-sport rally coil overs put on. I have wrx wheels that I painted white on it now but i have the stock gold bbs wheels that will go with the car. The car is very solid and is a lot of fun to drive, it'll suck you back in your seat. MAKE ME AN OFFER, call or txt 304-312-9546, names AJ