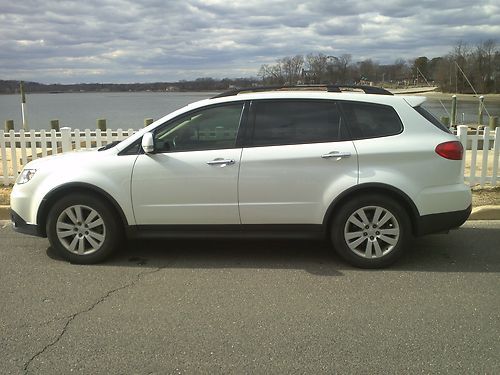 Among tuners, the legions of Subaru fans are hard to top, displaying all the fanaticism of English soccer fans and a dedication to their vehicles that borders on obsessive. These are compliments, by the way. In the latest video from Drive, Matt Farah takes a look at a pair of very special Imprezas - early Impreza 2.5RS Coupes that have had some serious heart transplants.
The first, a traditional blue model, sports the 2.5-liter, turbocharged flat-four from the 2004 WRX STI, which is good for around 300 horsepower. The other Impreza is a bit more hardcore - the engine is a 2.0-liter, turbocharged four-cylinder from the JDM WRX STI, which we suppose makes it more of an Impreza 2.0RS Coupe. Besides the different engines, both cars represent the unique ideas and style of their owners.
The 10-minute video explores this, digging into why people tune, and how it's a reflection of their own personal driving style and character. Take a look below for another fun vid from the team at Drive.

Subaru XV runs over dog in Russian ad, but in a funny way

In case you're wondering, no, the woman didn't actually hit the dog. This is just a commercial, and a fairly clever one after you get over the perceived canicide, that's meant to show off the desirability of Subaru's lifted Impreza wagon, the XV Crosstrek.
We'll try not to spoil it for you, because it is a fairly humorous piece, but you have to make sure to watch it from start to finish. The found-footage angle of it, which sort of presents it with the same quality as a Russian dashcam video, just adds to the video's ridiculous premise.
We aren't sure if this is an actual ad from the Russian arm of Subaru, as it seems to be posted from an independent account with only one video to its credit. Still, have a look below, and let us know what you think.

Subaru has a problem on its six-starred hands, but you wouldn't know it at first glance. Sales are up; in fact, the Japanese automaker has recorded 28-straight months of increased sales in the United States, leading to the best first-quarter Subaru has ever recorded, and 2014 will almost assuredly be the seventh straight year it has posted improvements. So, what's wrong? The answer is simple, though clearly complicated to resolve. Sedans - specifically, midsize examples - have proven a tough nut for Subaru to crack.
The vast majority of those impressive sales statistics have come from just a few models, namely the Forester, Outback and XV Crosstrek. The Impreza continues to sell at a respectable pace, but it's telling that the XV, after just three years on the market, is already Subaru's third-best-selling nameplate, outpacing the aforementioned Impreza (on which it's based), its high-performance WRX sibling and the Legacy, which is now entering its sixth generation, having been first introduced way back in 1989. It's that last model we're examining today.
Despite the fact that the Legacy plays in a hotly contested market segment that includes such stalwart sales champions as the Toyota Camry, Honda Accord, Ford Fusion and Nissan Altima, Subaru's competitor registers as a barely visible blip on the radars of new-car buyers. Graphically illustrated another way, Toyota sells 17 Camry sedans for every new Legacy that Subaru moves.