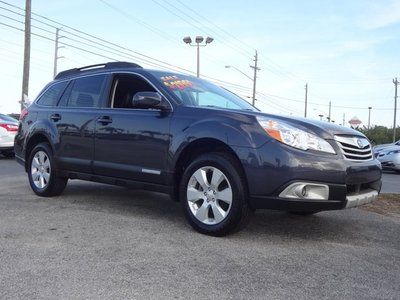 Last month, Subaru unveiled the Levorg concept at the Tokyo Motor Show, previewing what could be the next Legacy wagon. But that's not the end of the story for the concept car.
With the Tokyo Auto Salon - Japan's equivalent to SEMA - approaching next month, Fuji Heavy has announced five customized versions of the Levorg. One is being prepared by Subaru itself with a focus on luxury (including new alloy wheels and a burgundy interior), one by Subaru Tecnica International (with strut brace and aero kit) and one each by aftermarket Subaru tuners Corazon, Syms and Prova.
Subaru will also display a pair of racecars based on the BRZ: the Super GT300 version we've already seen and a new STI NBR Challenge racer aimed at the Nürburgring 24 Hours. Details in the press release below.

2015 Subaru Legacy spills out ahead of Chicago

Subaru has been one of the industry's hottest automakers, recording record sales month after month. Those handsome figures have come largely on the backs of its crossover lineup, however - models like Forester, Outback and XV Crosstrek have been carrying all the water. The Japanese marque has seen less noteworthy performance out of its midsize sedan, the Legacy, but a new one is slated to be revealed later this week at the Chicago Auto Show, and it hopes to improve the company's family sedan fortunes.
Leaked here in these first photos, the 2015 Legacy picks up some cues from the brash Legacy Concept revealed at the 2013 Los Angeles Auto Show, but it loses some impact and gains a pair of rear doors versus the showcar. There's little new visual ground broken, but the overall look is more harmonious than its balloon-fendered predecessor. As is often the case, it has features that make us think of other cars, but overall, it looks to be a handsome (if conservative) design. We particularly like the sleeker roofline and the bold front grille treatment - the latter will likely serve well as the face of the next Outback.
Subaru has traditionally offered function-over-form interiors, and while the new dashboard remains visually staid, it looks to have picked up a number of nice new features, including improved HVAC controls, a new steering wheel and freshened touchscreen navigation system.