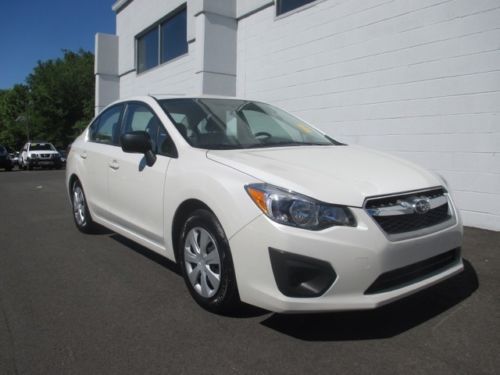 A month after originally teasing it, Subaru is finally unveiling its WRX S4 model for Japan. It's a bit more than just a plush take on the sport sedan, because Subaru is fitting a more powerful version of the 2.0-liter, turbocharged boxer four-cylinder engine than we get on these shores.
The company says that S4 stands for "'Sports performance', 'Safety performance', 'Smart driving' and 'Sophisticated feel," and it certainly looks like this Rex ticks all of those boxes. The most surprising feature is the Japanese model's 2.0-liter turbo engine boasting 296 horsepower (221 kilowatts) and 295 pound-feet (400 Newton-meters) of torque in this application. That's quite a healthy upgrade over the 268 hp and 258 lb-ft that Americans get in the standard WRX, and it's even nipping at the heels of the 305 hp and 290 lb-ft from the STI with a 2.5-liter mill that we get over here.
While extra power is always welcome, enthusiasts might not be so thrilled that Subaru's Sport Lineartronic Continuously Variable Transmission is the sedan's only available gearbox. However, it offers a simulated eight-speed shifting mode when drivers notch the car into Sport# driving mode. Of course, the S4 also packs Subie's trademark all-wheel drive with Vehicle Dynamics Control and Active Torque Vectoring as standard.