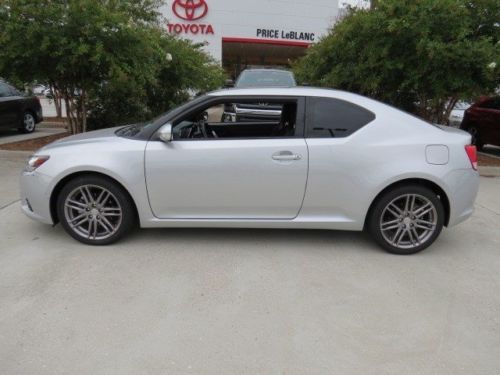 As we said in the title, the news here isn't a new, two-tone paint job for the Scion xD - it's that Scion is still building the oddly proportioned hatchback. For 2014, the xD will be available in two different color combinations, which will be split at the car's beltline.
The first combo, Magnetic Gray Metallic and Black Sand Pearl, puts the lighter shade on the bottom and the darker shade up top. The other combo, Sparkling Sea Metallic and Classic Silver Metallic (pictured), puts the more eye-catching color on the bottom.
Interested customers will need to shell out an additional $500 for the two-tone look. Other changes for the 2014 xD include a standard, 6.1-inch touchscreen display, Bluetooth audio streaming and a iPod/USB connectivity.