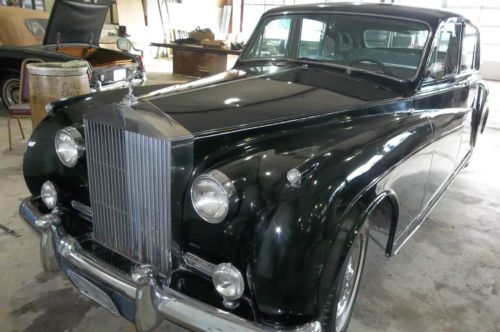 For seven years, Rolls-Royce got by on the Phantom line alone, expanding on the original saloon with a long-wheelbase version, a coupe and the convertible. But now that the Ghost is part of the family, Goodwood seems to be following a similar expansion.
What started with the Ghost sedan has since been joined by the extended-wheelbase model and the Wraith fastback coupe. And now we're receiving spy shots of a Wraith-based convertible undergoing testing.
Potentially to be called the Wraith Drophead Coupe like its larger Phantom-based counterpart, the cabrio is likely to borrow much from the Wraith fastback - including its 6.6-liter twin-turbo V12 producing 624 horsepower and 590 pound-feet of torque - but with a folding cloth roof mechanism to let the wind and engine note in, although the prototype pictured here is wearing a makeshift hardtop.

Home of Rolls-Royce Collection makes debut at the Quail

Rolls-Royce is marking 10 years of production at its Goodwood, England home, with the aptly named Home of Rolls-Royce Collection. The first instance of the Collection, a brilliantly appointed Phantom, has come to The Quail to make its world debut.
The goal of the Home of Rolls-Royce Collection seems to be to really showcase the kind of pristine, detailed work that the artisans back in Goodood are capable off, while creating a car that almost instantly achieves heirloom status. The Phantom seen here displays a truly impressive wood paneled cabin, where a technique called marquetry has been used to inlay some 170 sections of 11 different types of wood into a "celebration" motif.
You'll find a compass theme throughout the car as well - inside and out - which the company tells us is meant to highlight the sales of Goodwood-built Rollers on five continents across the world. Compass designs can be found on the armrests and center console, with each piece of embroidery taking more than 100,000 stitches to create. Not to be outdone in terms of time lavished, the compass motif painted on the exterior of the car takes one squirrel-hair-brush-wielding craftsman six hours to perfectly apply.