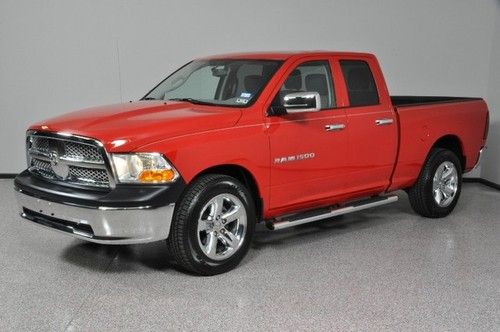 Chevy ramping Silverado incentives after Ram beats it in March

General Motors isn't losing the pickup war without a fight. With the Silverado narrowly falling to third place in the truck segment in March, Chevrolet has announced that it is going to continue its Truck Month pricing through the end of April. In addition to those incentives, some Chevy pickups are going to see even deeper discounts, according to Automotive News.
General Motors Sales Reporting spokesperson Jim Cain says the reason for extending the sale is simple. "It worked," he said. The Silverado's sales were up 6.8 percent for March, which is a big win for a truck with sales down 7.6 percent for the year so far. "Last month we handily beat expectations," he said. Cain attributed the success to having "a simple, straightforward message." He also claimed that the pickup was also able to see growth with lower incentives than competitors. With the weather warming and the economy improving, he thinks the Silverado has the momentum to improve further.
The Truck Month incentives knock as much as $7,541 off some Silverado models, and Chevy is planning even more incentives on top of that in April. "Okay - time to take the gloves off and go back and take back what rightfully belongs to every one of you ... Silverado truck sales," said an email sent to dealers from GM's district manager in the Northeast, received by Automotive News, announcing lower lease rates.