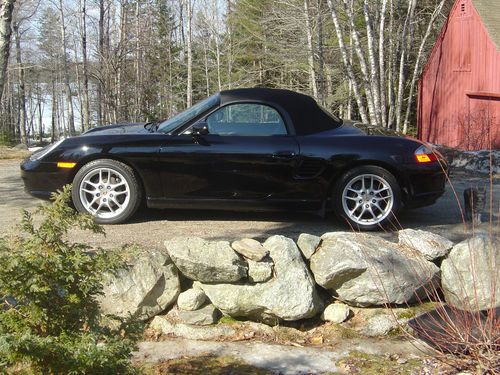 This is one of the best 03 Porsche's around it is my personal  car and the only reason I am selling is because I am interested in a new Cayman and would rather sell this one outright.  It has real low mileage at only 35,763 original miles and has never been driven in the winter and has always been garaged in a heated garage.  There is a code light on at this time having to do with the front seat belt.  The dealer has assured me that it is not a uncommon problem and I will certainly have it corrected before I let the car go.  I don't have to sell the car so please no low ball offers.  This is certainly a car that the new owner could fly in and drive home with out any worries.  I have a couple of video's on You Tube of the car - just go to You Tube and type in wayne6483 and all my video's should come up.  The car is also for sale locally,  so I reserve the right to remove this ad at anytime.  Thanks for considering this fine Prosche and good luck bidding.