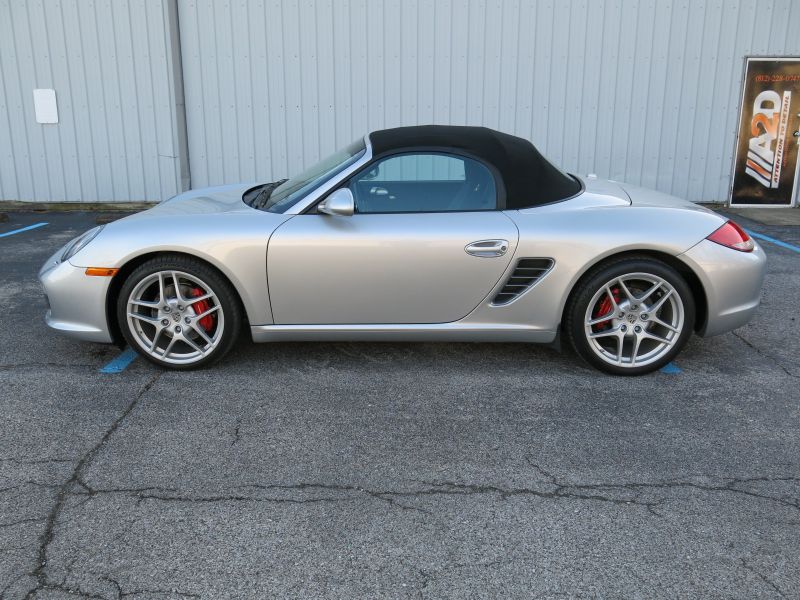 While the recent bankruptcy of Bertone shows that it has become very difficult to be a coachbuilder today, it seems there is still a business case in creating unique bodies for premium vehicles. Case in point, Studiotorino a small, Italian coachbuilder that has been creating limited-edition cars since 2005. Its latest creation is the Moncenisio, which debuted as a prototype at the National Automobile Museum of Turin on March 21. It's named after the 1902 Susa-Moncenisio race in Italy, the first automotive hillclimb in the world.
The Moncenisio begins life as Porsche Cayman S, and each car will be built to order with a planned production run of 19 examples. The chassis, mechanicals and engine are all left untouched. The only thing that Studiotorino alters are the body panels and interior appointments. Prices start at at a heady 145,000 euros ($200,420 US), plus the cost of the donor vehicle.
Architect Daniele Gaglione penned the shape of the Moncenisio, taking inspiration from the 1963 Porsche 904. The sports coupes receive carbon fiber pieces that replace the front bumper, side panels and rear bumper. Studiotorino also covers the rear side windows with welded metal panels. The design is still clearly a Cayman, especially from the front, but the extended roof and support pillars create a new look from behind, which features a new exhaust treatment and rear spoiler. The interior receives leather upholstery on the engine compartment cover, the partition between the engine and seats, ceiling and A-pillars. Scroll down to view a walkaround of the Moncenisio and read the full press release about it.