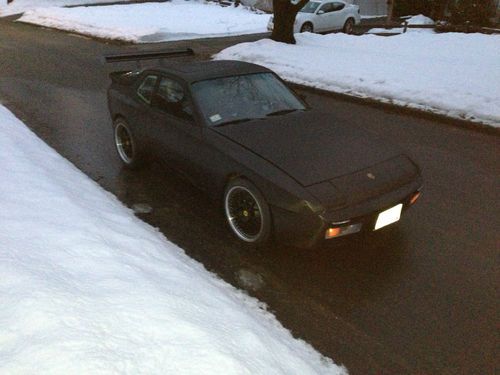 This car has just been fully restored and rebuilt to view it please check out the following site: http://youtu.be/UD5wU2FqoCk This car has a full new interior: New carpets, racing seats, 4 point racing harnesses, new rear seats, new sound system with two 12 inch enclosed subwoofers hooked up to a 1400 watt amp, ferrari steering wheel with NOS buttons, a naviagation sound console system also with a rear-view camera, and more! The exterior has had extensive customization: Turbo bumper customized and put on, custom mesh grill hiding halogen fog lights, color strobe lights and turning signals, below and throughout the rest of the bumper has more fun accessory lights including mercedes running lights, it has a rear wing for stability and epic style, and the whole body is covered in carbon fiber. Under the hood, the previous owner did a lot of power upgrades to the internals, and its fresh looking and has under the hood a PA system with sirens and all that fun stuff, it has brand new drilled and slotted brakes, and red calipers, and my favorite part of huge wheels off of a new Ferrari F360! And it has a fully customized exhaust system.  I have over $4,000.00 in receipts from the last two months, and this car looks SOO badass, not a single person has pulled up next to me and not checked it out. The car runs perfectly, and is ready to go due to space reasons. Feel free to contact me with questions.