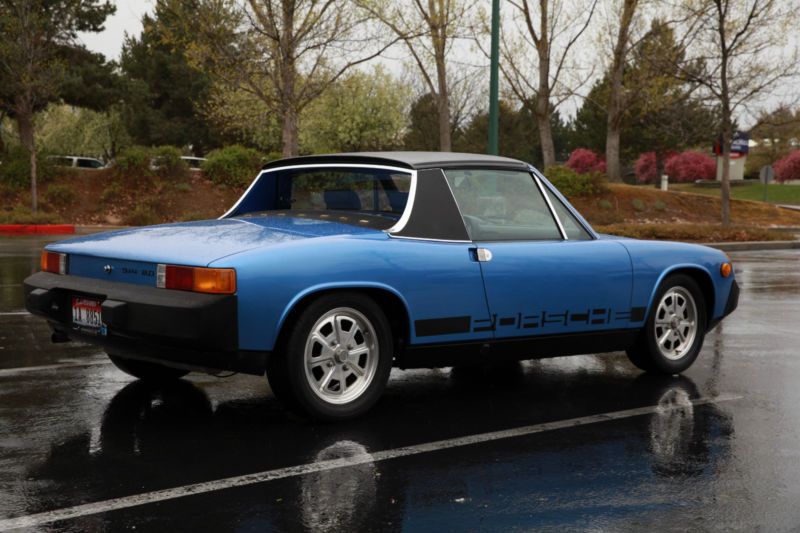 This was the last year of the breed and full of the latest refinements. They are the MOST VALUABLE of all the
914-4 models with the exception of the limited edition models. This well cared for 1976 is an ORIGINAL CALIFORNIA CAR, NOT A
SPEC of RUST, has beautiful ANCONA BLUE metallic paint, has NEVER been damaged and runs like a champ. This car's engine is very
powerful and runs great. ORIGINAL ENGINE and TRANSMISSION, engine has great compression and transmission is PERFECTLY
smooth. This 914 handles GREAT, and the underside is IMMACULATE. A great collectable!