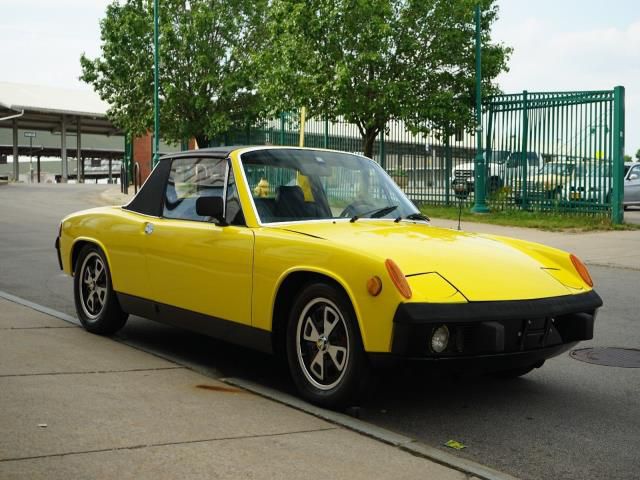 For further questions email me : BrandieTolchinzpke@yahoo.com

you are bidding on a 1974 Porsche 914 2.0 motor 5 speed transmission. respray 4years ago and motor rebuilt at that time. Bumper are shinny black they look likeblack chrome if there is such a thing. not driven much since then. in the garagea lot. can use a tune up and needs to be driven. motor has no oil leaks and usesno oil. transmission shifts as it should and no grinding of the gears. brakesgood. clutch good. tachometer works. speedometer works. all lights work but oneback up bulb is out. very solid car. and was under coated early in its life tokeep it solid.