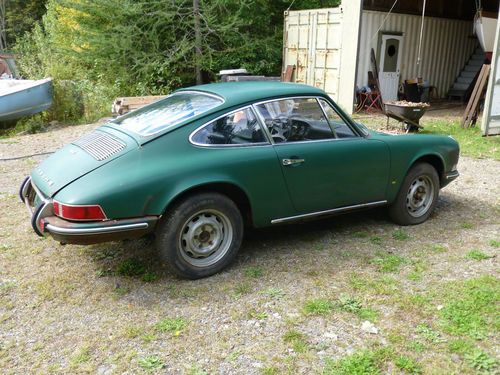 ORIGINAL LAST OF ALL THE BEST.  BEING SOLD BY ORIGINAL OWNERS.

Up for sale is 1 1969 barn fresh Porsche 912.  I am selling this car for my elderly neighbor that wants to fulfill his dream of restoring her but unable to restore her due to health reasons.

The car has been in storage in a barn approx. 40 years.  It is 100% original, never been in a body shop or repainted.  All glass is good , interior upholstery is good as a driver.  Engine and transmission has been carefully removed and stored.

Vehicle is being sold as a Maine Bill of Sale, because Maine in 1969 never was not a title state.

I reserve the right to remove listing at any time.

Thanks for Looking and please see photos. She has some rust but very restorable.

I will answer any questions as best as I can.