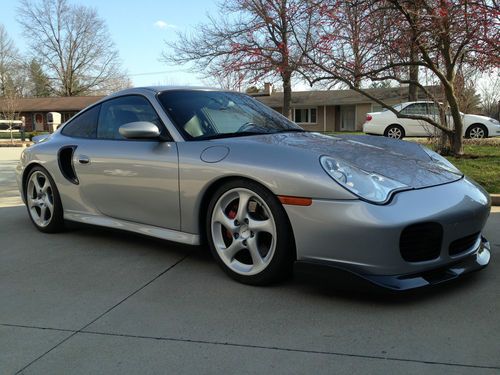 Condition: UsedA vehicle is considered used if it has been registered and issued a title. Used vehicles have had at least one previous owner. The condition of the exterior, interior and engine can vary depending on the vehicle's history. See the seller's listing for full details and description of any imperfections.Seller Notes:"Show Room Condition"
Immaculate condition twin turbo porsche. Lots of upgrades including but not limited to;
brand new 15k paint job
custom carbon fiber lip, air dam, interior moldings
garage kept, brand new Michelin tires, recently serviced, ready to go. ABSOLUTELY NO PROBLEMS. I am a private seller, no taxes, no, fees
call jim to inquire;
618-303-7708