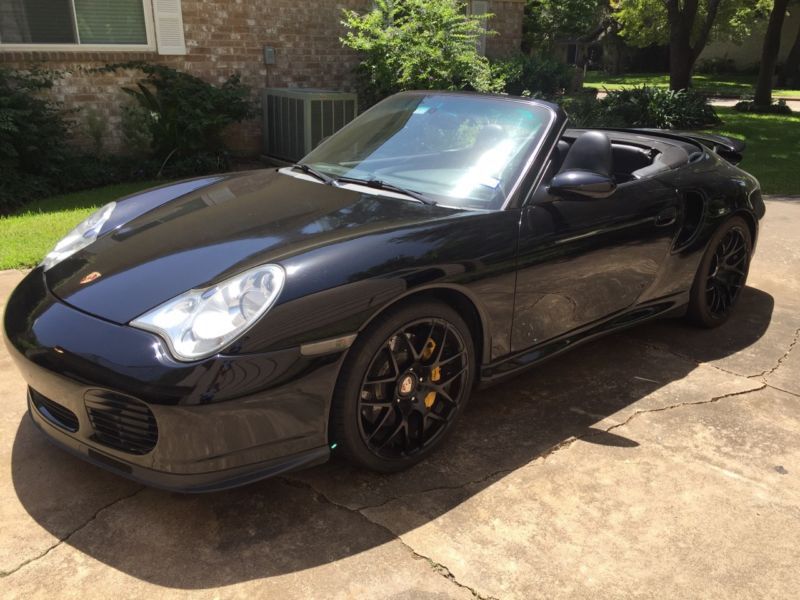 Just email me at: cleo.goyco@zoho.com .

This is a beautiful 2005 Porsche 911 Turbo S Cabriolet! It's in very good condition with minor wear inside and out. Black/Black with full leather interior, carbon fiber shift knob and parking brake, 4WD, Tiptronic and FAST! NO RESERVE!!! Always garage kept!
I have added a few things such as: tinted windows, whiteout signal lights, floor matts with red Porsche logo, HiFlow Air Filter (adds 10+ HP), Pioneer AppRadio 4 with bluetooth handsfree calling, Alpine Amp and 19" Black wheels with Hankook HiPerformance tires. If you wish to switch everything back to stock you can. I'm including the original wheels and tires, Nav radio, signal lights and floor matts. All in great condition and working order.