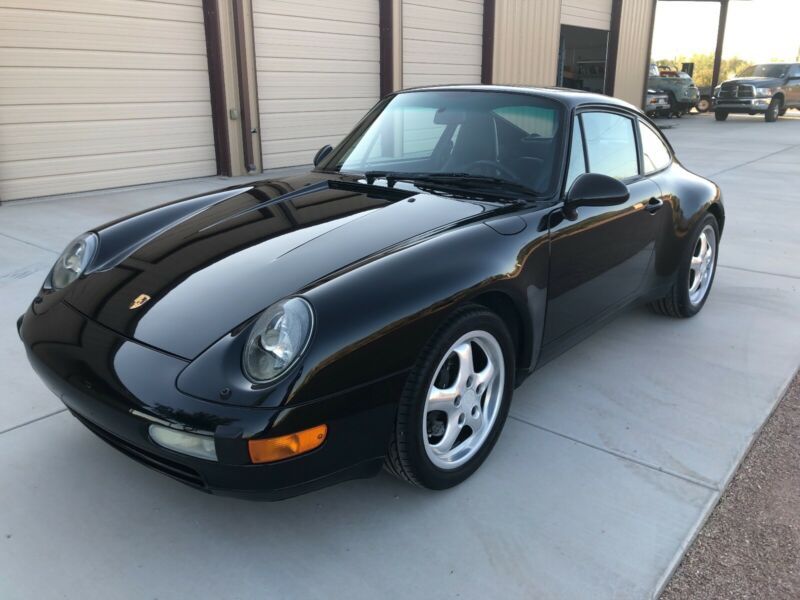 1996 Porsche 993 Black on Black, Please see photos of recent PPI report, 100% rust free, the car was originally
purchased in southern California where it has spent its entire life, until I purchased it and relocated it to
Arizona. Very very clean no stories original car 100% stock, including
radio with CD changer, original Glass, I think possible even including the front wind shield. Clean no accidents
Car Fax, Mostly original driver quality paint with normal wear except one area on rear drivers side quarter looks
to have touched up from something small, as pictured. No oil leaks, runs and drive great, Everything works except
the sun roof. Plastic trim piece missing on seat as pictured with normal seat wear, back seats don't look like they
have been used. One set of keys. Tires less than 2000 miles.

The idea of a diesel-powered Porsche is the sort of thing that sounds really, really weird... until you actually drive it. The result of sticking glow plugs under the hood of Stuttgart's finest, though, is a vehicle that's nearly as entertaining as a gas-powered model but with much more torque and better fuel economy. Considering that, we think it's absolutely splendid news that following previous reports, Porsche has now confirmed a diesel-powered Macan for the US market.
"We are now busy with the development and the engineering," Andre Oosthuizen, Porsche's North American marketing VP, told Automotive News. "I can confirm that V6 diesel offering with about 245 horsepower."
Yep, that's the same 3.0-liter V6 found, most notably, in the CUV's Audi Q5 platform-mate as well as a plethora of other Volkswagen Group vehicles, both in the US and abroad. Stuttgart already offers the 3.0-liter oil-burner in the Euro-spec crossover, where it churns out 258 hp and 427 pound-feet of torque.