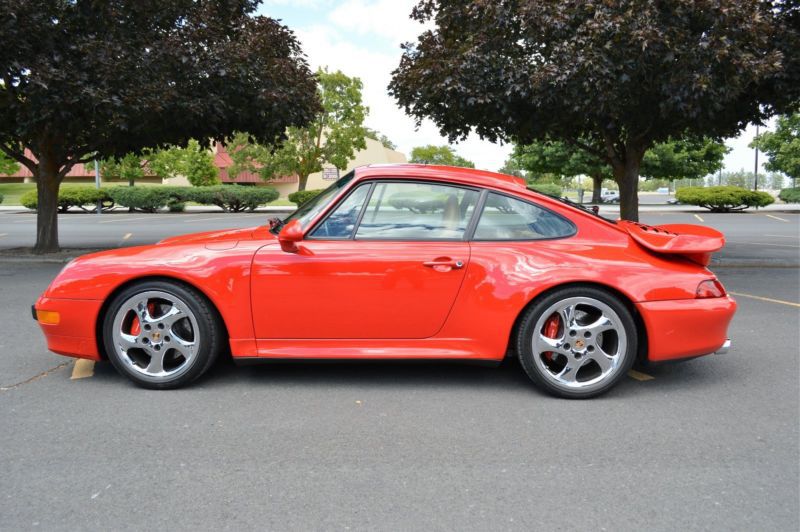 Feel free to ask me any questions about the car : rebeckagoodell@juno.com .

Beautiful museum quality collector Porsche. 1996 993 Twin turbo with attractive options and only 8800 original
miles. All original paint and panels and perfect mechanical condition. No modifications were ever performed.
Guards red over Cashmere leather with hard to find sport seats and factory Pioneer radio option. Window sticker,
COA, service records, manuals and both keys. The market is on the way up on these so catch this collector example
now.