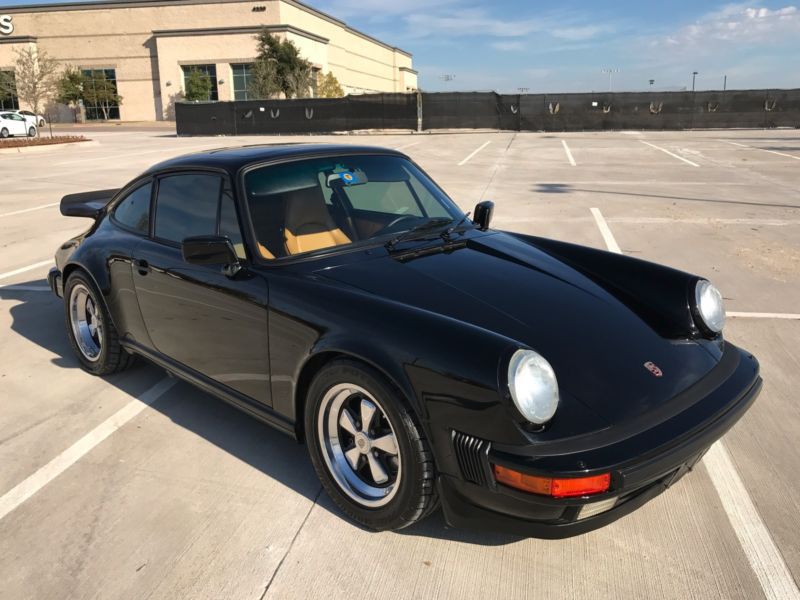 More infos regarding my car at: kristalkgguetersloh@ukos.com .

For sale is my very original, very nicely maintained ’87 Carrera. I’ve owned this car for a couple of years,
but it’s time to sell a couple cars and make a move in the market. This is a very well optioned car that remains
in its original condition minus a quality repaint sometime in it’s history. Without the repaint, you’d have to
consider this an incredible survivor car - all original VIN stickers are in place, original drivetrain, original
sport seat interior, original carpets, headliner, everything is original to this car except the stereo. The option
codes are listed below and I have a Flickr gallery with 216 photos of the car - depicting condition from every
conceivable point of view and angle. I’m trying to be completely transparent with this car, as it’s a
no-excuse, very honest car that doesn’t need any hype on my part. The pictures and condition truly speak for
themselves.
I bought the car a couple years ago out of an estate of a gentleman from Texarkana who unfortunately passed away in
his 40s. I was in contact with the Administrator of his Will and was able to get everything I could from her and
the shop that was helping to sell the car for her. Due to this situation, the paperwork doesn’t go back as far as
many would like, but I do have what the shop was able to offer. The Carfax also showed that the history and mileage
checked out and once I had the car, the condition just kept getting better and better. You can see in the pics of
the front truck area the unused spare, unused compressor, jack, tools, etc. are all in place. On the inside, the
floors are immaculate under the stock carpets and floor mats - all showing a nice patina. The car came with
additional brown floor mats in the front, which have kept the original tan mats in very nice condition. If not for
the repaint - which shows extremely well - I would be inclined to call this a time capsule type car. Everything
hasn’t been replaced to make it look new, it’s been extremely well kept in it’s original condition. Again,
see all the pics to see condition and the relatively minor wear which gives it it’s patina. To me, this is the
type of car to buy - you can always put them back into original condition, but they are only in this condition
once. There are a few paint touch-ups, but they are hard to see and mainly on the front bumper.