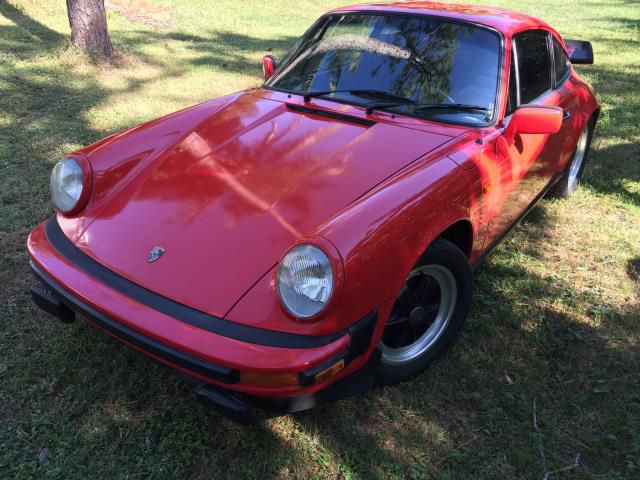 1979 Porsche 911 SC Europe Market Edition with 20,078 Original Miles Offered for Sale at: $39,000 European Market Edition - Euro Market 911s Are Much More Valuable Than US Market Cars because they are considered more authentic and have the following from the factory without aftermarket modification: 1) Lower Ride Height from Factory 2) Higher Horsepower from Factory 3) No Smog Equipment from Factory 4) Smaller More Cosmetically Attractive Bumperettes from Factory 5) Extra Turn Signals from Factory 6) H4 Composite Beam Headlights from Factory 20,078 Original Miles. Imported into the U.S. with 0000059km. Basically like a new car. Open the door to a different era. Get in, put on your seat belt, turn the key, and drive as if you are driving in 1979. Just that simple. Runs and drives flawlessly. No accidents. No need for any mechanical work. All accessories, lights, and the smallest of components are working. There is a minor amount of threaded seam separation on the driver seat, due to age. I did get an estimate to repair this at the official Porsche dealer. They said that in all cases with age-related seam separation but especially with this car because of the documented provenance and historical originality importance of this particular car it would be best to remove the seat, remove the seat cover, and resew the residual seat, and reinstall original seat and material thereby returning it to factory condition. The dealer said this would consume approximately 2.5 hours of work at $300 per hour of master mechanic work and would therefore be a grand total $750 plus tax. They also noted the AC belt should be tightened, however even with AC belt needing to be tightened it doesnt slip or squeak and the AC runs cold as it is should. Original official backdating at Porsche dealer in 1979 to still flawlessly performing 911 carburetors. Complete original CIS (Continuous Injection (Fuel Injection) System) is included.
For further questions email me : ezra2rmrichardson@vfemail.net