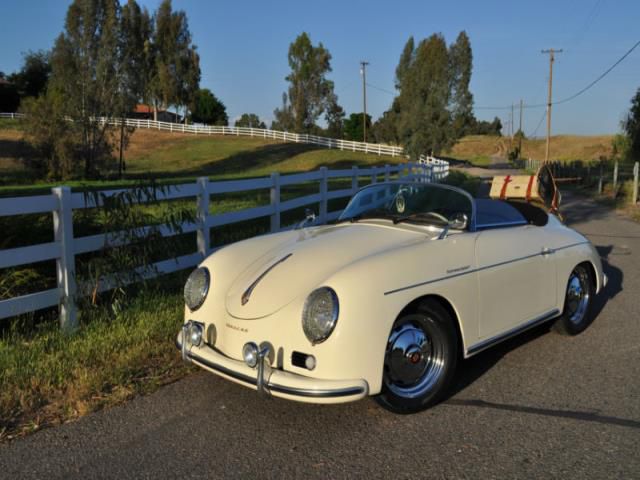 1957 Porsche Speedster Replica 1957 356 Speedster replica built by Vintage Speedsters. Just in time to drive to your local car shows and take home that Best of Show trophy.
This Speedster has only been driven 10,623 actual miles since it was built and the original 1915cc engine was just rebuilt by Scott Sebastion and has less than 200 miles on it. This classic Speedster replica comes with a stunning cream color paint job, which is in near flawless condition! The interior, top and side curtains are all in excellent, like new condition. The chrome wheels with Porsche crested nipple hubs and brand new 185/65R X 15 Pirelli P4 tires will carry you anywhere you want to go in style.
If you have any questions or concerns please feel free to contact me : waltersqwqrusty@outlook.com