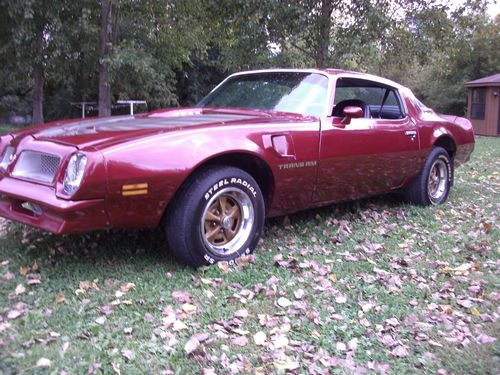 Condition: UsedA vehicle is considered used if it has been registered and issued a title. Used vehicles have had at least one previous owner. The condition of the exterior, interior and engine can vary depending on the vehicle's history. See the seller's listing for full details and description of any imperfections.Seller Notes:"Good shape"

I am 3rd owner 82k actual,engine was freshened up by last owner Edelbrock cam kit and intake added ,plus a lot of head work,shift kit and mild stall converter.Also new Hooker super comp headers and new custom exhaust with correct tips etc.Runs and drives great.Original color was silver,was repainted by original owner.No rust floors,trunk,undercarage.Body is in above average shape,has some minor dings chips and a little rust on passenger rocker panel.Was a/c car,i have the condesor and original intake that goes with.Always gets attention and sounds great,very throaty! A good car to drive as is or restore.Any Questions call.Price is firm!.Thank you.  Mark 507-381-2012