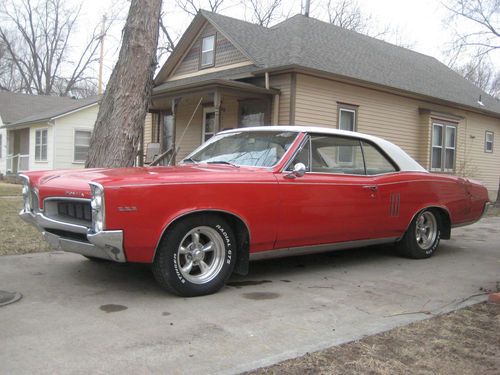 1967 Pontiac LaMans 326 2 speed glide, Runs good shifts good, carberation loads up a bit when cold, tranny leaks a bit, car has ben in the family since 1984 it was repainted that year, vinyl top was removed. I have had the car since 2001.Floor baords look good from the bottom side have not pulled carpet. Drivers side trunk floor has small area rusted through. Front windsheild leaks and the front and rear glass is developing rust. bumps and bruses on all sides of car, the worst is on the left rear quarter but all in all the car is a solid unit for restoration.