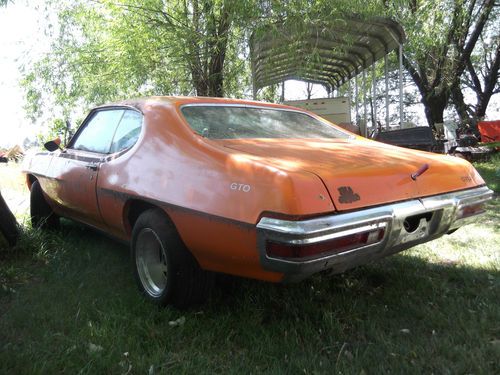 Condition: UsedA vehicle is considered used if it has been registered and issued a title. Used vehicles have had at least one previous owner. The condition of the exterior, interior and engine can vary depending on the vehicle's history. See the seller's listing for full details and description of any imperfections.Seller Notes:"This car is a total restoration project."

Up for sale is a 1970 GTO Judge Ram Air III 4-speed with a rare and desirable color of Atoll blue with a striking interior of Sandalwood.  This car is a total restoration project.  It does have the numbers matching block as well as the transmission.  This is a PHS documented Judge with very desirable 4-speed.  The mileage is unknown.  The car is purchased as is without any warranties expressed or implied.  Again, this is a total restoration project.  The car is located in Washington state.  The buyer is responsible for shipping costs.  I will not reveal my reserve but I'm open to offers.