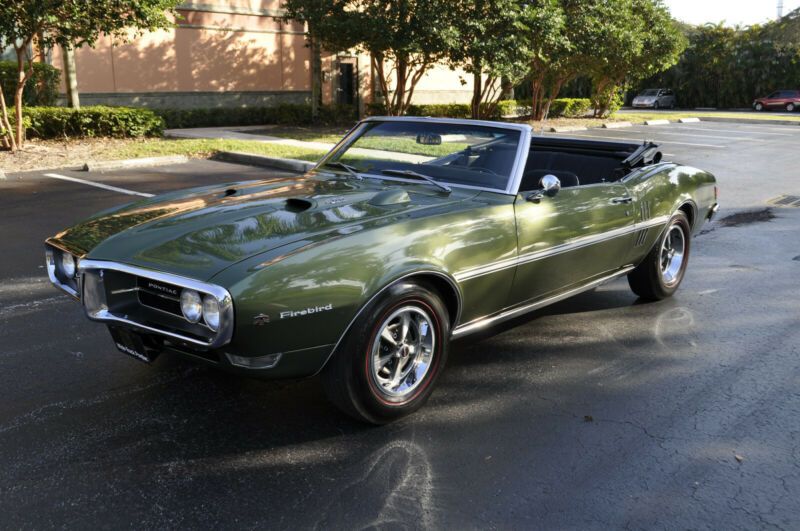 1968 PONTIAC FIREBIRD CONVERTIBLE 400HO WITH A TURBO 400 TRANSMISSION, POSI REAR END AND POWER TOP, RED LINE TIRES,
ORIGINAL MOTOR, ORIGINAL, TRANSMISSION, ORIGINAL, REAR END AND DELUX INTERIOR. THIS IS THE CAR EVER BUILT WITH A
WHITE TOP AND BLACK INTERIOR. I HAVE A FOLDER FULL OF DOCUMENTATION INCLUDING BUILD SHEET ECT. THIS CAR IS
EXTREMELY CLEAN INSIDE AND OUT AND UNDERNEATH