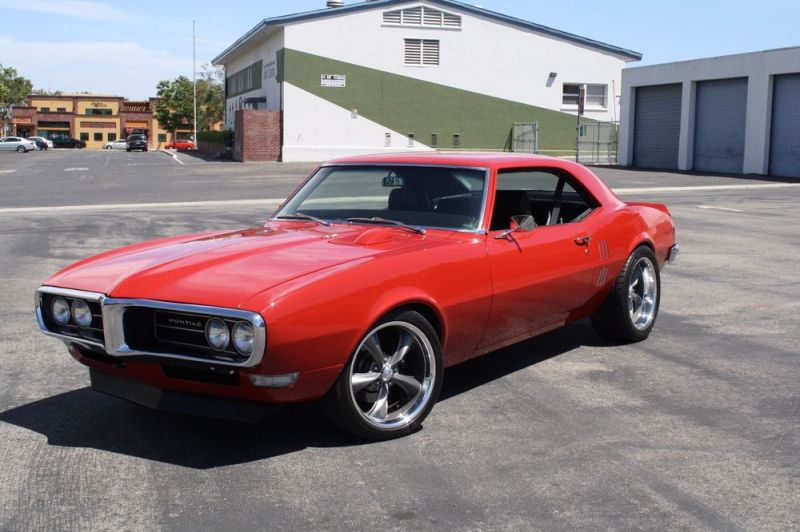 Please email me with any questions or requests for additional pics or something specific at: bokbvvigliotti@pompeyfans.com .

24 Hours Left!!
Red HOT 1968 Pontiac Firebird for sale by owner.
Summary:
• 468 Stroker Pontiac engine - Approx. 400-450 HP (estimate)
• Tremec TKO500 5-speed manual transmission
• Vintage Air - Air Conditioning
• Aluminum Radiator and Electronic Fan - Never runs over 180ºF
• Custom front Buckets with shoulder belts for safety
• Sale includes all receipts from build and component paperwork
• Beautiful Boss Motorsports Gunmetal Gray wheels
• Power steering and Wilwood 4-wheel power disc brakes all around
• Working bubble hood-tach
• Original, fully functioning gauges
• Perfect headliner and upholstery
• Modern radio with vintage look and 4 speakers
• Beautiful inside and out with flawless paint
This American classic could be sitting in your driveway next weekend! 50 years after this car was born, it's still
turning heads and kicking ass!
The pictures shown are from a few years ago (2015) right after the build. I did not build it but am the first
owner.
It has been kept in a heated, attached garage since I took delivery and has NEVER, EVER been in the rain.
I clean it with a spray bottle and microfiber cloth and have NEVER even sprayed it with a hose.
I have a ton more pictures and can supply new ones although it looks exactly like it did in 2015*.
* NOTE: I added "angel eyes" headlamps but with include the original lamps with the car for an easy swap if you
prefer. I also replaced the trunk hinges with aluminum ones.