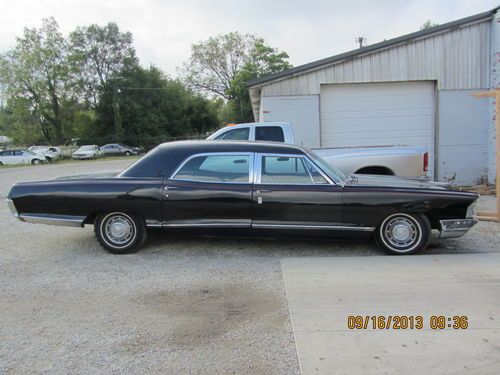 65000 original miles. Car looks great in photos but is rusty underneath. PA car. Currently no brakes as I'm replacing the brake lines. The floor boards have rust. Car has been painted. It does not have the original engine. Not sure what year it is just know its a 70's engine with a 2bbl. It does run very nice. Interior is very good. Dash pad and steering wheel are as good as you will find on an old Pontiac. Not all cracked up. 15' commercial wheels. Bring your trailer.

Forgot... The car does have a posi. If it does not sell I may part it out.

Also I have an Open House on the 29th if you want to come by in person and see all of my 260+ cars. Otherwise I am not open to the public. Currently not taking any orders. I need to work on my house before winter. Thanks Indiana Pontiacs