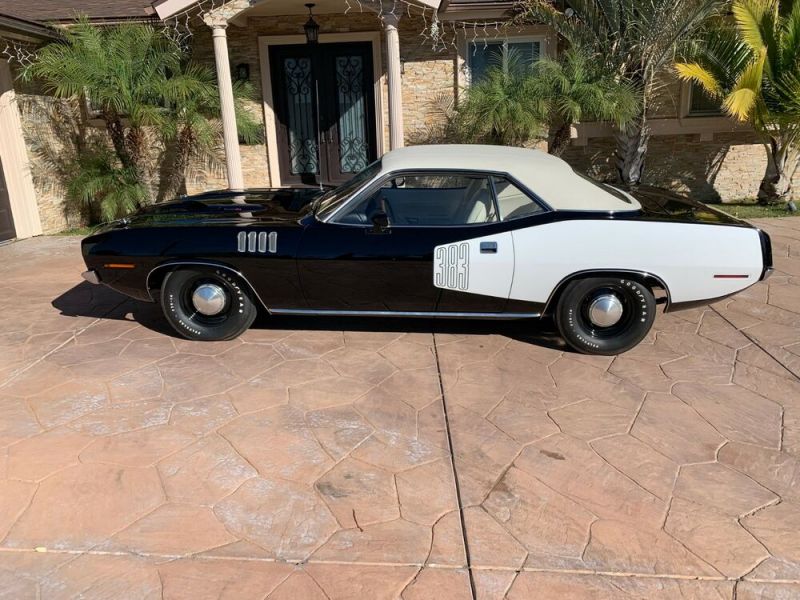 ANY QUESTIONS JUST EMAIL ME: shamikaswwhirley@nomorekids.com .

Up for sale is matching number and very clean,mint condition,1971 Cuda
totally restored bumper to bumper,383 Engine, manual Transmission,later straight body,rare black and white interior and exterior, everything works ,I just add the flow master exhaust and very nice sound system hides in the dash, i barley driven it, runs and sounds like a beast.