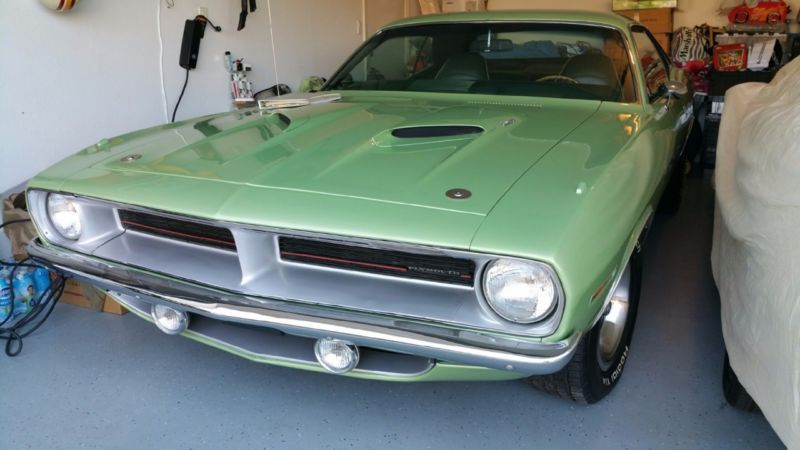 1970 Barracuda, 318 Original Rebuilt Numbers Matching, Small Block w/727 Torque Flight Trans, PS, PB, Air Conditioning, One owner, California Car, Original Paperwork, 97,000 Original Miles. This car is immaculate. I have installed a very nice Pioneer stereo sound system with a JL Audio Subwoofer in the trunk, also a brand new Viper Alarm with GPS so this Barracuda is at your becon call. Simply install the Viper App on your phone and you will know exactly where the Cuda is at any given moment. You can lock and unlock the car with your phone or tablet. It will also send a signal if the battery is low. It has an automatic start so you can start or disable the car from anywhere in the world. This is the latest and the best system money can buy.