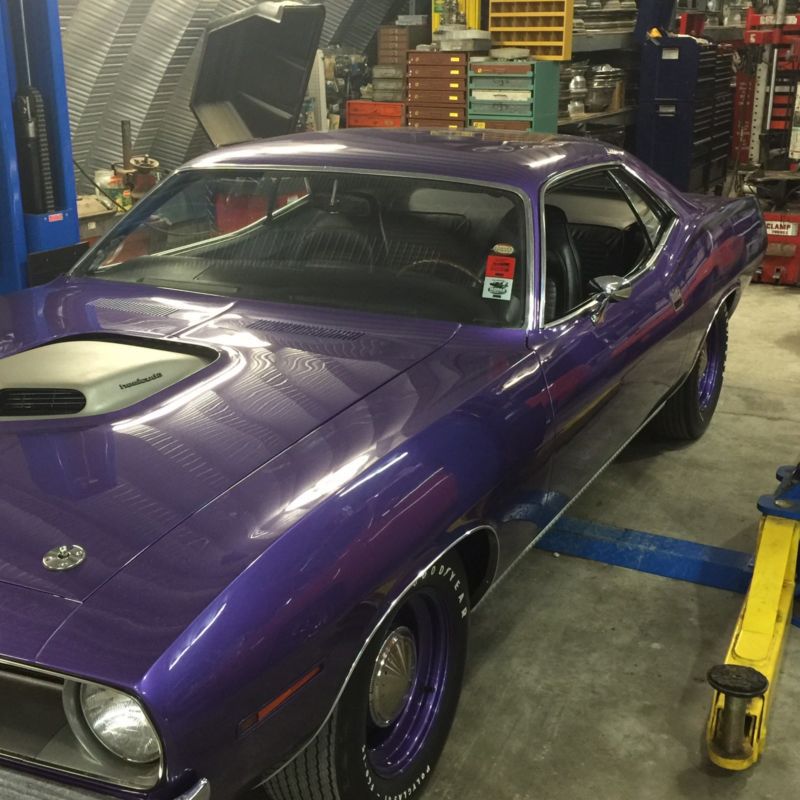 If you have questions email email me at: devoradbbarkhimer@seekslove.com .

1970 HEMI CUDA!!!
Wow, what a car this car was a special order car! This is a stunningly beautiful, extremely nice Hemi Cuda. The
original owner Walter Reed ordered the car to go racing, and race it he did campaigned under the name of
'scavanger. The car was ordered with as few options as possible to save weight and anything xtra would have been
removed anyway. So no radio(when have you seen a radio delete Cuda), no stripes, no rally wheels, etc. basically
ordered with a hemi a automatic transmission and a bench seat. The car is registered in the Chrysler registers as
228 Hemi Cuda hard top. The car has been in multiple magazines Mopar action April 1996, Mopar muscle December 1996,
direct connection January 1980, direct connection March 1978 ( I have a original print of each), and it a couple
calanders. Original pictures of the car when it was a race car, Two broadcast sheets, original title, warranty
card, certification card, anti freeze hang tag, etc. The car was judged at the Mopar nationals and received 90.25
points some of the concerns found by the judges have been corrected. According to The Mopar action magazine the car
was picked up from the dealer trailered back to Reeds shopr and the original drive train was removed and replaced
with a super stock competion motor and transmission. When Reed sold the car with 500 miles on it, he sold it as a
rolling shell with the original motor transmission and interior with the car, to be reassembeled after restoration!
Don't miss your chance on very possibly the lowest mile, lowest option Hemi Cuda built!