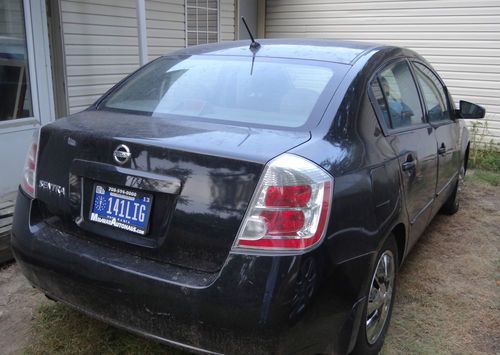 Condition: UsedA vehicle is considered used if it has been registered and issued a title. Used vehicles have had at least one previous owner. The condition of the exterior, interior and engine can vary depending on the vehicle's history. See the seller's listing for full details and description of any imperfections.Seller Notes:"In GREAT CONDITION!"

We have a 2008 NISSAN SENTRA for sale. It has a REBUILT tittle, because it rolled over a couple of times. it damage a portion of the roof and side door. They were professionally fixed. There is absolutely no trace or sign of it. Apart from that the car is in SPOTLESS CONDITION both internally/externally and mechanically. Everything works great. The car sounds and runs like new!

Owned and used by non-smoker. Tyres are pretty new. It has ONLY 31K miles done. It is priced to sell; and sell fast. bid, offer or buy NOW.